You Are Here: Home → Torguard vs PIA: VPN Comparison

So, you’re looking to sign up for a new VPN?

Well, luckily for you, if you’re reading this article you have narrowed the selection down to two really great VPNs. Both Torguard and PIA (which stands for Private Internet Access) offer a ton of really useful features to help make your browsing both secure and private.

For the first section in our comparison of Torguard vs PIA, let's take a look at the features in the lists below. As you can see, both VPNs offer a pretty similar service!

Torguard vs PIA: Features In Common

Now, let’s take a look at some of these common features to find out exactly what each one offers.

Anyone planning to use a VPN for privacy or anonymity will be pleased to find out that both these VPNs have a kill switch.

Sometimes when using a VPN your connection to the VPN server will, for whatever reason, temporarily cut. If this happens and you don’t have a kill switch your computer will automatically connect straight to the internet without the protection of your VPN. You probably won’t even know that you have lost your connection.

However, if you have a kill switch, your VPN program will stop your computer from connecting to the internet until the connection to the VPN has been remade.

A SOCKS5 proxy is used in a similar way to a VPN in that when you use a SOCKS5 proxy your connection is routed through a proxy server before reaching its final destination. This has some distinct advantages and disadvantages.

The main advantage is a SOCKS5 proxy is generally faster than a VPN. It also keeps some of the privacy benefits as your connection passes through a proxy server which hides your IP address.

This extra speed, however, comes at a price. When you use a SOCKS5 server there is very little, or even no, encryption. This means that while your browsing will be fairly anonymous, your data is nowhere near as secure as if you were to just use a VPN.

Both these VPNs include the option for you to use a SOCKS5 proxy. Although it should be noted that Torguard require you to sign up to their “Privacy Bundle” if you want access to both the VPN and the proxy. This is slightly more per month than just buying the VPN on its own.

One of the most important features to look out for when choosing a VPN, especially if you are looking for one to keep your browsing private, is to choose one that doesn’t log your data.

There are generally two types of logging. Usage logs, which include details such as the sites you visit and things you download, are the most concerning. This is because anyone who can access these logs could find out everything you have browsed while using the VPN. Luckily, it is hard to find a paid VPN that takes this kind of log.

However, VPNs often take connection logs. These are logs that keep a record of things such as when you connect and which servers you connect to. While these details are usually just kept so that companies can improve their service, for people who are concerned with privacy, even these logs can be a problem.

Neither Torguard nor PIA make any usage or connection logs.

In the modern age where everyone has multiple devices that connect to the net, it is absolutely crucial that your VPN allows you to use multiple connections at once. Both PIA and Torguard allow you to use up to five simultaneous connections. This is perfect as even the most connected of you out there will struggle to use more than five devices at any one time.

If you do think you will need more than five devices, Torguard offer the option to connect an extra device for a small extra monthly payment.

Another payment option that both PIA and Torguard allow is payment through e-vouchers. Much like using Bitcoin, paying through vouchers doesn’t require any of your personal details and is, therefore, more anonymous.

Both Torguard and PIA offer pretty much all the features you have come to associate with a VPN. In fact, as you will see from the differences mentioned below, the VPNs are so competitive that the only exclusive features are add-ons or the slight changes in the way certain features work.

What this proves is that whichever VPN you end up choosing, you should be getting a good product.

While PIA has a kill switch, Torguard takes it one step further by allowing you to customize what exactly gets killed in the event of a VPN disconnect. For example, should the VPN disconnect you can set the app to kill your browser’s internet connection but keep the connection to the game you are playing.

Of course, Torguard does also offer the ability to completely disable your entire internet adapter if you don’t want anything to connect to the internet without protection from your VPN.

Out of all the VPNs that we have looked at so far, Torguard is the only one that offers this feature so if you think it is something you would like, then Torguard could be the product for you.

Ability To Customize Your VPN

When signing up to Torguard it is really easy to add some extra services for a small extra fee. We mentioned it above but you can add extra simultaneous connections for only 1 dollar when signing up to the VPN.

As well as this, you can sign up to a regular dedicated IP for a small extra fee each month. These dedicated IPs can be bought in a variety of countries and only cost $7.99 extra per month.

A dedicated IP is a useful thing to buy as only you have that IP address. Having a dedicated IP means that when you sign into things like your internet banking or Facebook, you will be using the same IP every time. This should stop you from having to do security checks every time you log in as the service will recognise your IP.

Other options include the ability to sign up for their premium 10GB network that offers premium servers in the US, Canada, and the Netherlands, as well as the option to purchase a DDOS protected IP.

PIA Exclusive Features That We Liked 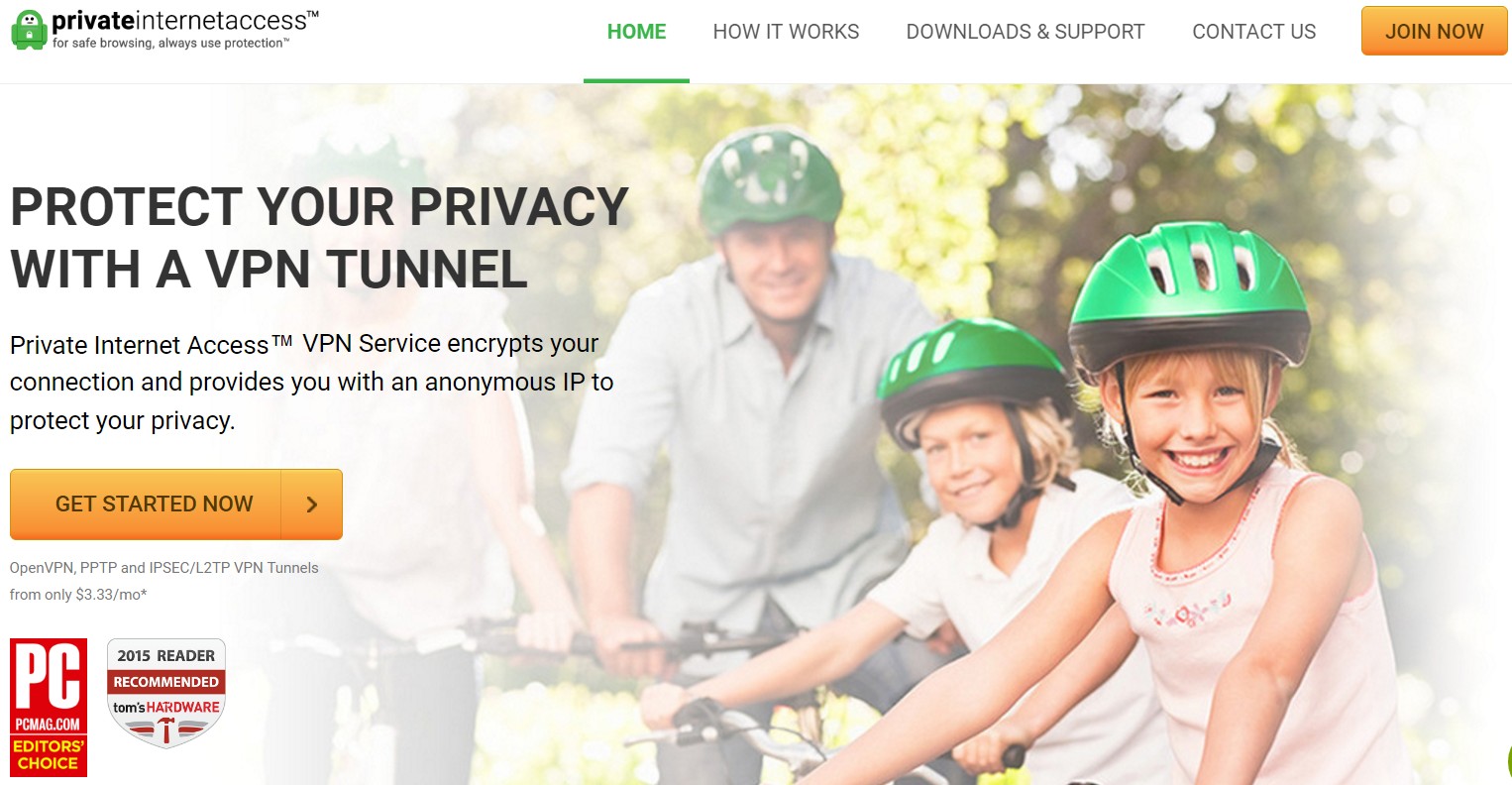 Not to be outdone, PIA also has a few extra features that help push it to the front of the VPN crowd.

While you can torrent using Torguard, you are only able to do so on specific servers. PIA, on the other hand, allows you to torrent on all of its servers. As well as this the option to use PIAs inbuilt SOCKS5 server to torrent at potentially faster speeds if you want to.

VPN And Proxy Server In One Package

Much like the above point, while Torguard do allow you to use a VPN and Proxy server, you will have to sign up to a slightly higher priced package to do so. On the other hand, PIA allows you to use both their VPN and their server on their most basic plan.

While neither of the two VPNs are particularly expensive, PIA is slightly cheaper than Torguard. In fact, it is one of the cheapest VPNs around which, when you consider the service they offer, make it a hard product to ignore.

When choosing a VPN, there are two things that you should look out for when it comes to servers. These are; the number of servers and the server locations themselves.

Ensuring your VPN has a high number of servers is a great idea as the more servers your VPN provider has, the less likely it is that the servers will become congested and slow down.

Out of the two VPNs we are looking at today, PIA has the highest number of servers with 3251+! This is more than double Torguard’s 1600+ servers.

Server locations are especially important if unblocking geo-restricted products is important to you. Before signing up to a VPN it is best to check that the service provides servers in all locations you may need to unblock content in.

Also, some countries have numerous server locations within one country. This can be handy should one of the server locations ever go down so make sure to check this out before signing up. The US, UK, Canada, and Australia are frequently countries that have more than one server.

As well as this, it can be a good idea to ensure that there are servers close by to your physical location. When you use a VPN, the further your data has to travel, the slower your connection is likely to be. 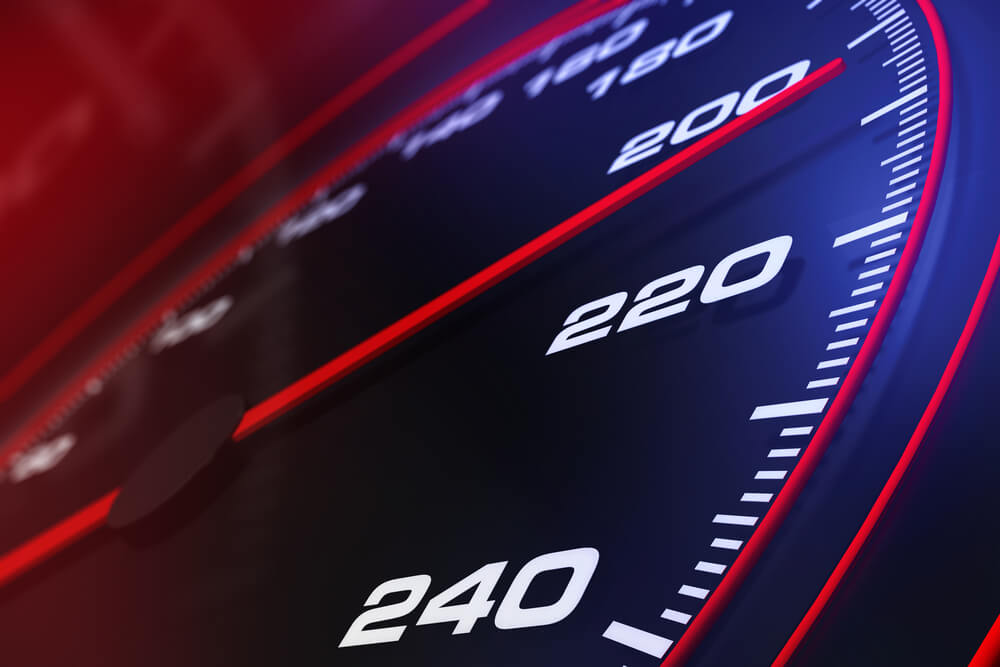 When it comes to speed tests, we have decided that their usefulness is hugely outweighed by the potential for deceptive results. This is due to the sheer number of variables that come into play that will affect the speeds you get from your VPN.

This can include things such as:

Basically, the point we are trying to make is that while the results we get may show one VPN provider to be faster than the other, the actual speeds you get in your own unique circumstances could well be completely different.

Instead of doing a speed test, you will be better off simply choosing a VPN based on other factors and then taking advantage of the services money-back guarantee if the speeds aren’t good enough for your requirements.

In conclusion, both PIA and Torguard are excellent VPNs. In fact, you can see from the “differences…” section that they both offer very similar services.

The only real differences are the fact that PIA has a SOCKS5 server while Torguard has more server locations (although not actual servers). Other than that, they both offer pretty much all the features you would expect from a top VPN.

We are confident that whichever service you choose you will be happy with the final results.

If you have experience that agrees, or disagrees, with this assessment, then please leave it in the comments section below!