You Are Here: Home → What Is The SSID On My Router, And How Do I Find It?

What Is The SSID On My Router, And How Do I Find It? 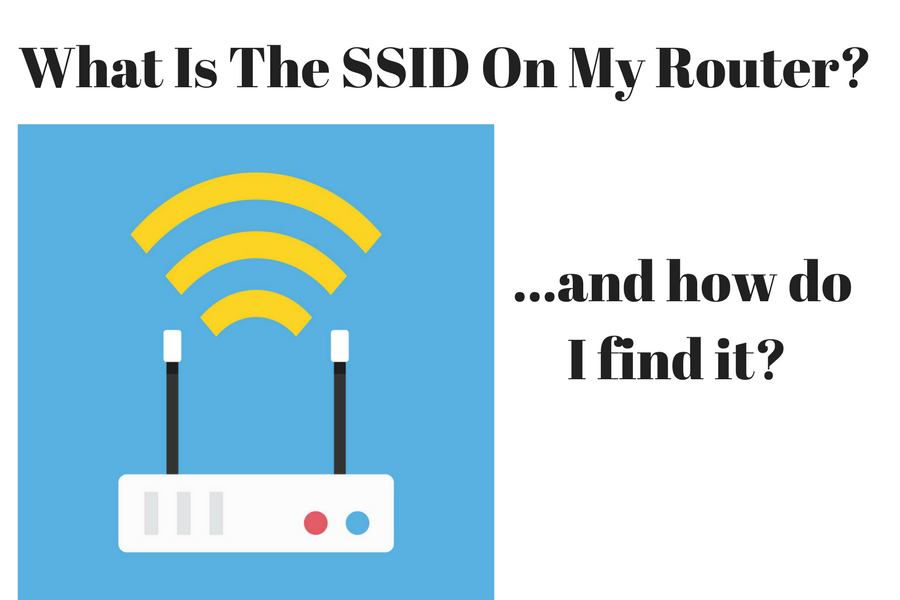 If you have recently bought a router you may have seen reference to your router’s SSID. If you've found yourself asking ‘what is an SSID’, then don’t worry! It isn’t complicated and finding out your router’s SSID is generally a very simple process.

What Is A Router SSID?

SSID, or Service Set Identifier, is quite simply the name given to a wireless network. This has a number of uses, the main one being that it makes it easy for people to connect to a specific wireless network.

If there were no SSIDs, it would be much harder to differentiate between two different wireless networks which could cause problems in places such as dormitories and apartment blocks. As such connecting to the correct network could become much more difficult.

With an SSID, however, it becomes very easy for a network owner to give their own network an easily identifiable name that they can find without any problem when searching for their wireless network.

While it is possible to hide an SSID to make it harder for outsiders to connect to your network, most people find that the benefits of having a visible name for their network outweigh the fairly small security benefits of hiding the network name (it is actually fairly easy for outsiders to find a network’s SSID even if it is hidden).

As such, most networks will make their SSID public, but then also use a security feature such as WEP (although this is an old and weak way of securing your network so should be avoided), WPA or WPA2 to keep their data secure.

How Do I Find My Router’s SSID?

Finding your router’s SSID is a fairly simple process. Some routers have a default SSID such as the name of the router manufacturer which you can use to find out your SSID.

If you are already connected to your router, but need to find the SSID to connect another device, a simple method to find your router's SSID is to check the name of the network you are connected to in your computer's operating system.

If you aren't connected to your network, there are still plenty of options to find your router's SSID.

If the above method doesn't make your router's SSID clear, then you can connect to the router via an Ethernet cable, log in to the router and check the settings to find the SSID.

It could also be possible to simply check the manufacturers website to find out what the SSID of your router is. The manufacturer's website will likely have a section that lists all the default SSIDs of the routers they make.

Alternatively, if your router’s SSID is hidden, you can use a network analyser to tell you the SSIDs of the available networks in your area.