You Are Here: Home → Can I Change Alexa’s Voice?

Can I Change Alexa’s Voice? 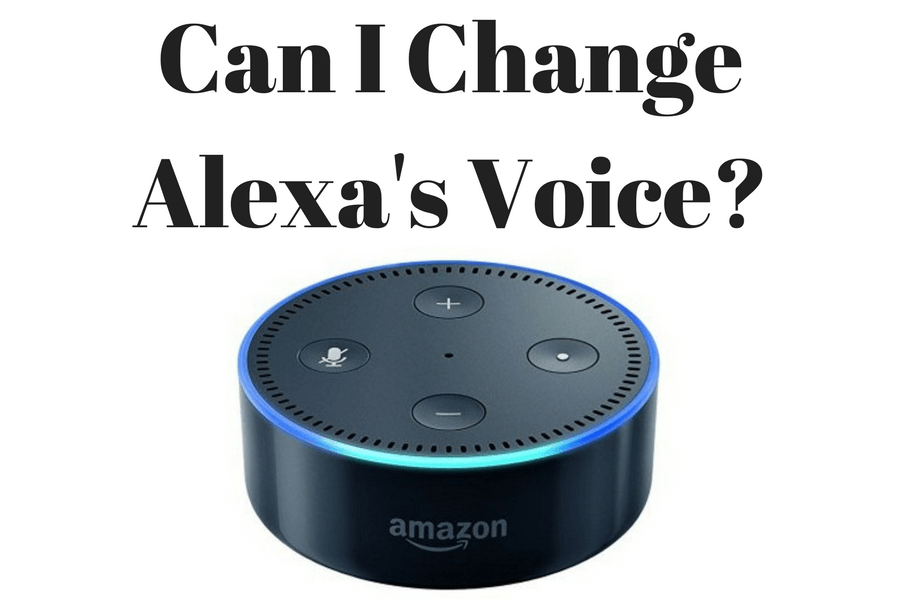 The world of smart devices underwent a significant change with the coming of smart assistants like Amazon’s Alexa—it was possible to control almost everything by voice! Not only that, but for those who live alone, having Alexa around helps to break the otherwise deafening silence.

However, as much as Amazon is trying to inject more humanity into Alexa’s voice, you can still hear the mechanical factor in it. And of course, hearing the same, slightly robotic voice reply to you every day can naturally get a little tiring on the ears.

Can You Change The Voice On Alexa?

As cool as it would be to change Alexa’s voice—imagine an iconic voice like Morgan Freeman’s booming out of your device—this is sadly not an option. At least, not yet.

The developers at Amazon are constantly trying to make Alexa sound more human, and one of the latest developments in this area is the Speech Synthesis Markup Language or SSML.

The SSML allows users to give Alexa a more natural voice. Perhaps the most prominent feature of this skill is enabling Alexa to whisper.

Some other features include changing the speed of how Alexa talks and the pitch of Alexa’s voice. While users can’t change Alexa’s voice into a male voice, perhaps lowering the pitch will make it sound more manly.

For families with kids or those with more delicate sensibilities, there is an option to bleep out expletive words, spelling out words or to substitute words when you want Alexa to say something other than what’s written.

> Can I change Alexa's name?

How To Change Alexa’s Accent

Another option is to change Alexa’s accent instead. As of the moment, you can switch between an American accent and a British one.

Or, if you wish to brush up on your German, you may change the language to Deutsch.

To change Alexa’s speaking accent (or language), follow these steps:

1. On your phone, open the Alexa app.

2. Head on to the Settings menu.

3. Scroll down to see the list of devices that are connected to your Alexa app. Look for the device that you want to change the accent or language.

4. Select the device, then locate Language.

5. Click the scroll down menu and select the accent or language you want.

To change Alexa’s speaking accent, or have her speaking German, follow these steps:

You can also watch the video below that will guide you through the process.

One of the best things about owning an Echo device is its constant updates. The developments rolling out give users something new each time—new skills and new features to explore.

Although there is no way to completely change Alexa’s voice as of the moment, changes are already in place to make Alexa sound more human.

Also, Alexa can now even speak in an accent that you are more familiar with. Pretty sure more languages will be included in the updates.

As of the moment, we will be patiently waiting for Morgan Freeman’s voice to be made into an option.

Thanks for reading this article! Feel free to share this article if you liked it, and don’t forget to leave a comment in the appropriate section below!