You Are Here: Home → Best Free VPN For Torrenting 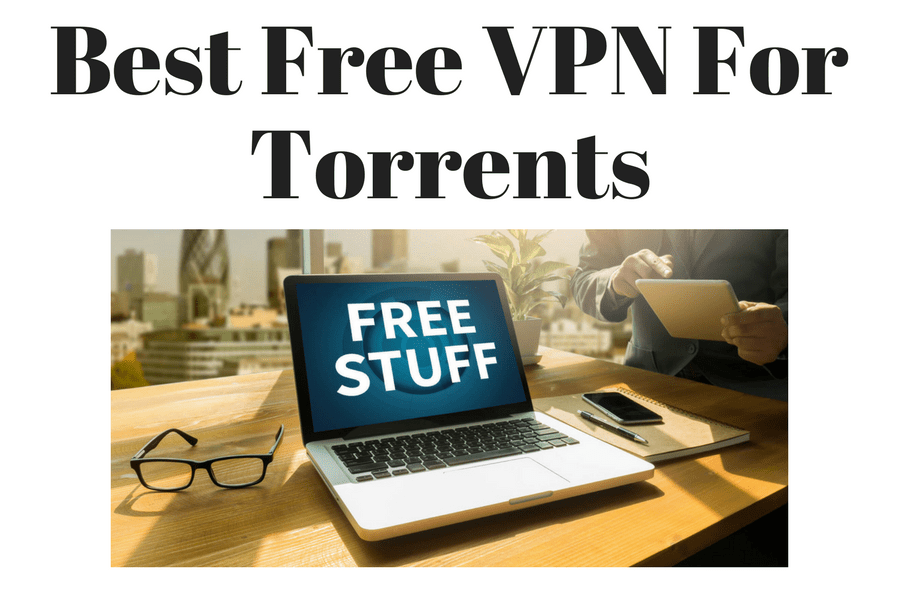 So, you want a free VPN for torrenting?

To be honest, getting a good VPN that is both secure and doesn't have limitations in place that would seriously affect a data intensive activity like torrenting is always going to be pretty hard.

The best bet for a free VPN is to use a trial version of a paid VPN as they should be a whole lot safer and much more reliable to use. Not to mention, faster!

This review will take a look at some of the best free trials and free plans to see if any of them have the potential to be used as your main VPN or be upgraded to a paid plan.

Are Free VPNs Safe To Use?

There are two types of free VPN. Neither is ever going to be as good as a paid VPN but one of them is certainly much worse than the other. Let’s first take a look at the safest of the two options.

The first option you have is to use a free trial version of a paid VPN. These free trials usually offer a slightly more limited version of a full VPN. Some will also show you adverts until you sign up for the full version. Some of the limits to a free trial include:

Often a free VPN trial will only let you connect to a limited number of their servers. While this will give you many of the benefits of a VPN it does limit you in that you will only be able to connect to certain countries. This is obviously a problem if you want to use your VPN to unblock geo-restricted content.

The other problem is that everyone using the free trial version will be using the same servers. This can cause them to become congested which means that the performance you get from a free trial may not be as good as with a full service.

Some free trials will also give you a data cap meaning that you will only be able to download or view a certain amount of content per day/week/month before reaching your limit. If you are planning to download or stream videos then having a data cap will obviously affect this quite drastically.

If your free trial limits your bandwidth then the speeds you receive from your free VPN will be significantly reduced when compared to a full VPN.

This may be ok for certain web browsing but it is fairly likely that you will be massively restricted when downloading torrents or streaming video, especially HD video.

Now, let’s take a look at the other side of free VPNs.

Note that NordVPN have an unrestricted free trial

If you want to avoid the limitations of a free trial, instead of paying the small fee required for the full VPN service, you may be tempted by the idea of using a fully free VPN. However, this is often a bad idea.

All VPNs cost money to run. Free VPNs are no exception. Therefore, unless you are happy to believe that the VPN you are using is being run by a benevolent internet freedom activist, happy to pay for others to use a safe VPN at their own expense, then you have to believe that the owner of the VPN is making money through some other means.

Whether this is through simply showing you adverts, stealing your data, using your network as a proxy, or acting as a go-between for malware, almost all free VPNs will be trying to make money from you somehow.

As well as this, many free VPNs may not even be providing the simple functions required of a VPN. This report found that not only did many of the VPNs they researched contain adware or malware but also found that some weren’t even encrypting your data!

Of course, this could happen with paid VPNs too. However, it is far less likely as a paid VPN relies on its reputation to make money. If it was discovered that a paid VPN was selling you data then there would be no reason for all its users not to move on to one of the many other VPNs on the market.

To help pay for the service offered, some free trials may sometimes show you adverts. While this can be annoying, if the VPN is in any way using cookies to tailor the adverts to you it would also negate some of the security/anonymity benefits of a VPN.

However, despite these negatives, free trials of VPNs are pretty much your best (and safest) bet when it comes to using a VPN for free. The fact that they are essentially a way to make you more likely to sign up for their full product means they are usually safe and they will be wanting to provide as good a service as possible to encourage you to sign up.

Any Sneaky Ways To Get A Free VPN?

As mentioned above, the best way to get a free VPN is to sign up to a free trial and the limits that come with that. If you find yourself needing more from your VPN, then signing up to a month or a short-term contract is a good way to get to grips of a VPN without spending much money.

One thing you may notice is that many VPNs offer free money back guarantees as long as you claim within a certain amount of time. With a VPN this is fairly important as people often need a VPN for a specific use. If they can’t access a certain site or server then it isn’t much use for them and this is where the money back guarantee comes in.

If you are tempted to sign up with a VPN then get the money back guarantee within 30 days simply as a way to get a free VPN then you would be abusing this trust. As well as this, it isn’t a long-term strategy as what would you do after the thirty days were up?

Paid VPNs are usually better in pretty much every category, let’s take a look at a comparison between free and paid VPNs.

Paid VPNs almost always have more servers in more locations than free VPNs. The only exception would be if you are using a free trial that allows access to all the servers in the full version. However, you will then almost certainly be restricted in other ways such as data limits or bandwidth.

Paid VPNs will almost always have more reliable servers than free VPNs. Paid VPNs will spend a lot of money ensuring that their servers are consistently up, running, and unblocking websites. On the other hand, free VPNs often don’t look after their servers with anywhere near as much care.

A second point is that paid VPNs will often have numerous servers in the same country, especially if it is a popular country such as the UK or the US. This means that even if a server does go down and stops working as well, you will have other servers that you can use in the same place.

Free VPNs will often have limitations when it comes to the service you get. Whether this is the number of servers, the bandwidth available to the user, or the amount of data you can download, these limitations will almost always cause your VPN experience to be less enjoyable than with a paid for VPN. It can end up a frustrating experience.

Due to their funding model, paid VPNs will almost always be more secure than free VPNs. While you should certainly not just trust any paid VPN out there, as long as it has a good reputation, lots of users, and good reviews you should be fine. MITM (Man In The Middle attacks are not uncommon on permanently free VPN solutions).

Of course, this is where free VPNs get their solitary point. If price is the most important thing then you won’t get a better option than a free VPN. However, it is a much better idea to stick to a free but limited trial of an otherwise trusted VPN than to use a free VPN that might be abusing your connection. 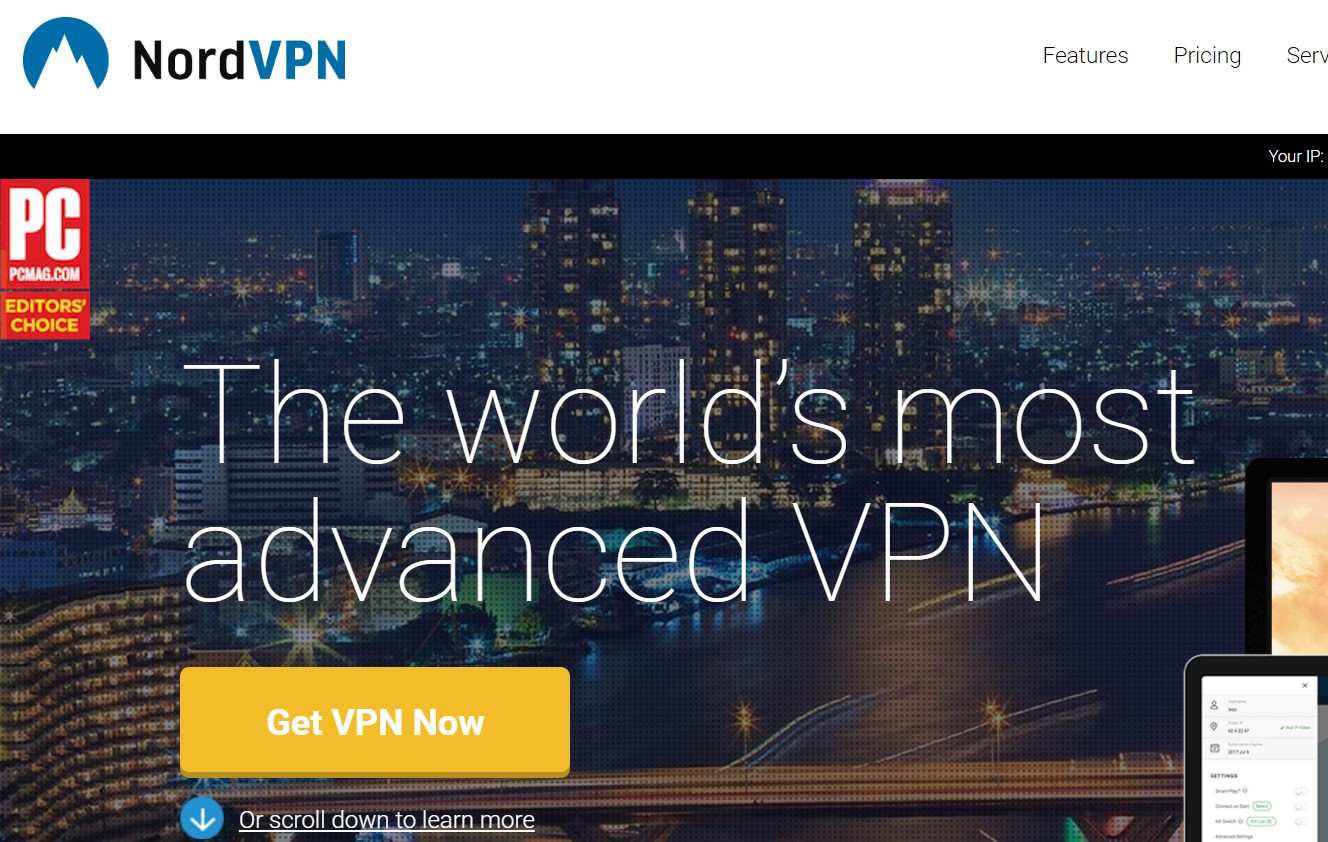 NordVPN offers a 3-day free trial so you can download torrents for a limited time. They even offer a 30-day money back guarantee, so you could theoretically extend your ‘private’ access to torrents.

Other paid VPNs with free trials include:

Free VPNs – Can Only Use Torrents On Paid Plans

The following VPN providers have free plans you can use (but have limitations). Most of them also have paid versions you can upgrade to, to reduce restrictions.

CyberGhost’s free version is one of the more fully featured free VPNs out there. Positives include few limitations (including unlimited bandwidth, full VPN security, access to servers in many different countries). They also don’t make logs of your internet use which is great for keeping your browsing private.

The downside is that the free version isn’t as fast as the paid version, you will be shown some ads, you will have to reconnect every three hours, and they block BitTorrent ports.

So you can only use torrents on the paid version! 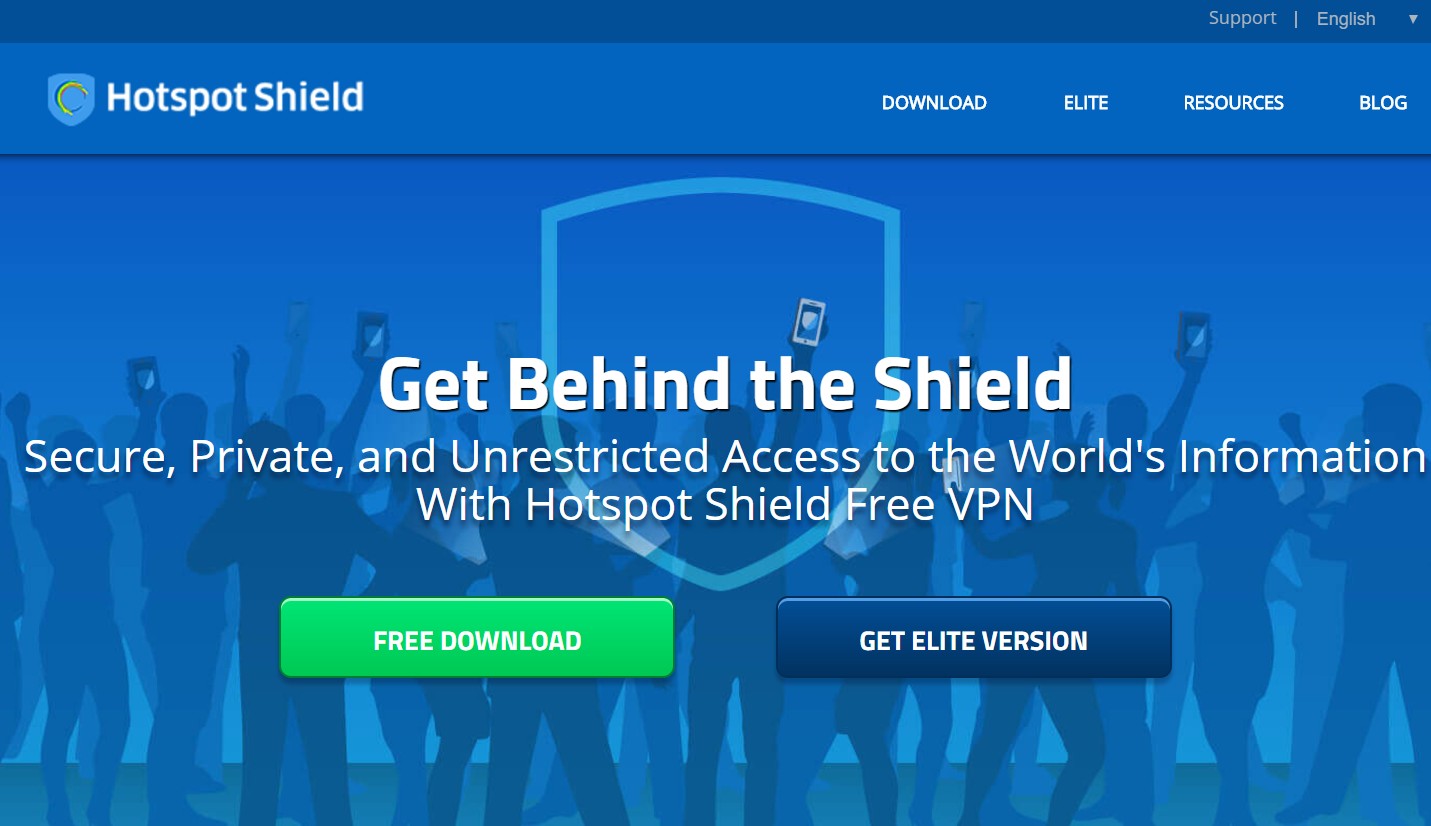 The free version of Hotspot Shield is a limited version of their full service which is actually quite expensive. The free version only allows users to access servers in the US. While this is a good thing in that the US is probably the most popular country to access, it can be a problem if you need to browse via other countries.

They also limit the amount of data you can download to 1GB per day. This is actually a decent amount (remember we're talking free here), although still not likely to be enough if you want to stream or download movies of high quality.

Betternet is slightly different to the other VPNs on this list in that it only offers a paid-for version on Android and iOS meaning that the free version (for Windows at least) IS the full version.

It isn’t without its limitations however, it has a very limited server availability and only allows you to connect to two different servers with the Chrome app and doesn’t give you any choice at all with the Windows app. This is offset by the fact that there are no data/bandwidth limitations.

It’s not all good news though, Betternet does show you ads and it uses tracking cookies to tailor these ads to you. If anonymity is a priority then this probably isn’t the best VPN.

Betternet do their best to help the torrent folk among you.

In conclusion, some of these free trials are pretty solid products that could stand up to some regular internet use. However, even the best of them have some big limitations. Whether that comes in the shape of data limitations, bandwidth limitations, or server limitations, none of them are quite as good as the service offered by a paid VPN.

For downloading torrents, absolutely free, it's better to use a free trial of a paid VPN, like Nord. You can use some of the others mentioned, but they aren’t without their limitations and risks.

Still, as they are free there is no harm in downloading a few and trying them out for yourself. You never know, one of them may impress you enough to sign up to the full service!