When looking to buy a wireless router there are tons of features available on routers that can help you get the most out of your home network.

However, for many people, this is unnecessary and they just want a router that will allow them to connect to the internet consistently and without spending too much money.

(check out the routers on Amazon - links above)

If this is you, then you should take a look at some of the routers in this article. These routers are budget routers that pack enough power and features to keep a lot of home internet users happy.

Are you looking to buy a less expensive wireless router? Then please read on!

What To Expect From A Cheaper Router

It should be fairly obvious, but the biggest differences between a cheaper router and a more expensive router are the features available and the power inside. This can seriously affect what you can do with your home network. 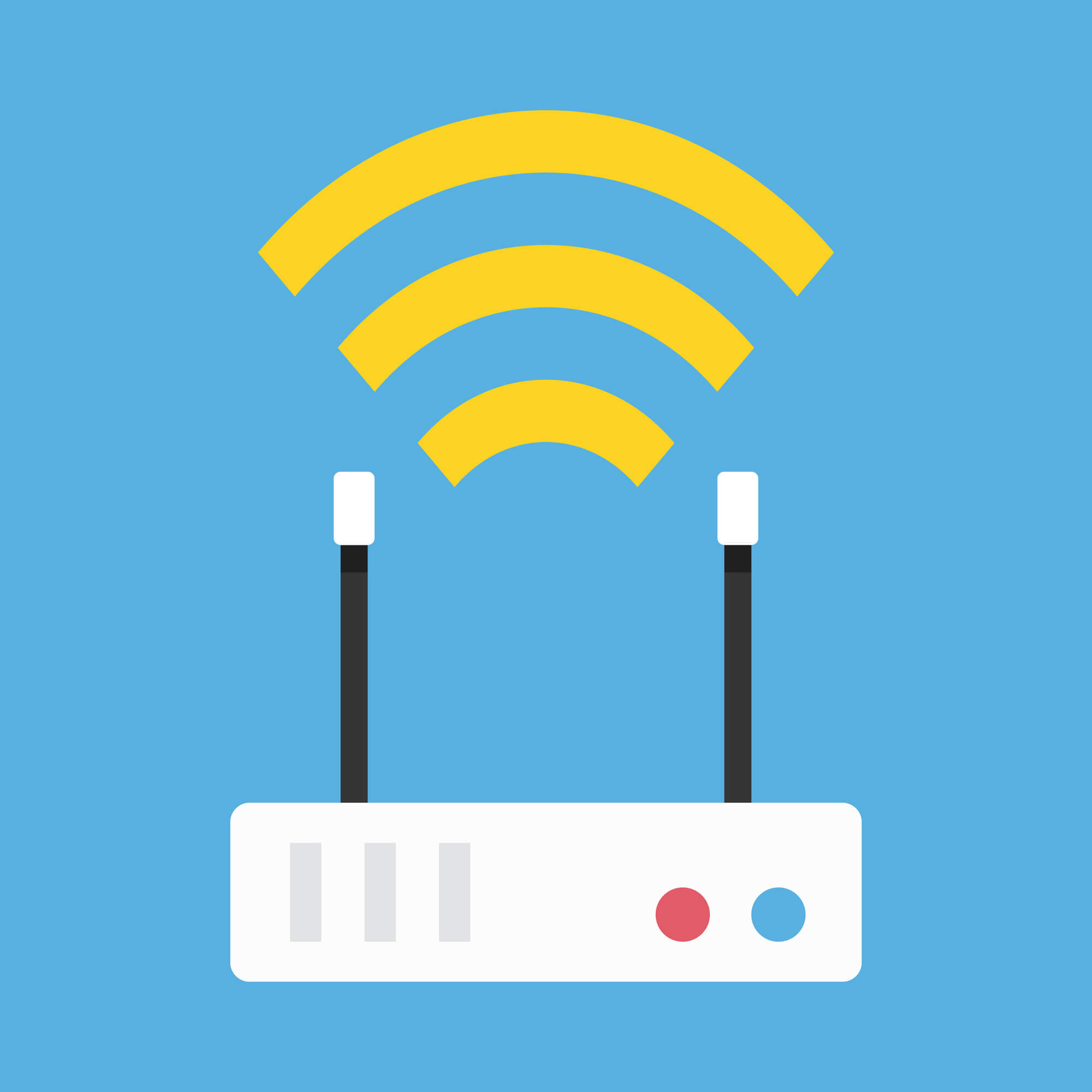 The cheapest routers on our list are the most basic. They use wireless N which is fast enough for browsing the internet but network file transfers will be slower than with wireless AC and high-quality video streams could be impacted if others are using the network at the same time.

They also have Gigabit Ethernet capability (which is great!) meaning it is possible to set up a fast network, however, it will be a wired one.

As well as this, some will include network management software and apps that you can use to monitor your network.

Some of the slightly more expensive routers on our list do come with some more advanced features. For one, wireless AC allows for much faster network speeds which means network file transfers will be much faster.

As well as this they have dual band capability, which can allow you to set up different bands for different devices to reduce connection and ensure that devices that need a fast connection, get it.

USB 3.0 connectivity is also often included to allow you to take advantage of those extra wifi speeds and share files over your network. Also, some of the routers on our list have Beamforming. Beamforming is a feature that focuses your wifi signal meaning that devices should get a stronger and more consistent signal.

Basically, the slightly more expensive routers will allow you to do a little bit more with your wireless network.

What You Won’t Get

Of course, there are still many more advanced features that you won’t see on any of the routers on our list. If you want to use any of these features for your network, you will have to increase your budget.

While wireless AC has recently been replaced as the 'latest' wireless standard by Wireless AD, it is still a really fast standard that will be more than fast enough for pretty much everyone.

It now features on pretty much all but the most budget of routers and it makes an appearance on 4 of the routers on our list.

However, the question is, do you really need AC?

Well, to be honest, if you are just using your router for a standard internet, then the older standard Wireless N should be fast enough for most users.

However, if you plan to use your network for activities such as sharing files or streaming videos over your network, then realistically wireless AC will give you much faster speeds when doing so.

This is especially the case if there are several users on wifi at the same time (and you have a super-fast internet connection).? 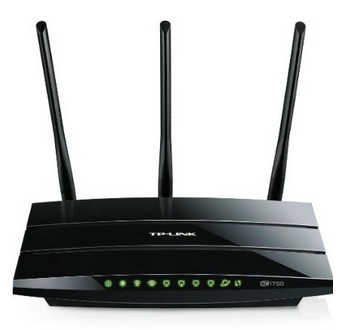 The TP-Link Archer C7 is a router that really pushes what you can expect from a budget product.

It uses wireless AC, which, while not the latest standard anymore, should be good enough for most people out there. As well as this, it is dual band which gives it a theoretical total available bandwidth of 1.75 Gbps.

These aren’t the only advanced features it has though. Also available are two USB ports for sharing files on an external hard drive or other device, WPS protected setup, and four Gigabit Ethernet ports for when you need a bit of extra speed over your network.

It is an arguably good looking router with three external (and adjustable) antennas to ensure your wifi signal gets sent throughout your home. It also comes with some good software from TP-Link which can allow you to do things such as create a guest network with a separate password for when people come to your house.

The Archer C7 it a great router for people who don’t want to spend too much money but still want many of the features associated with a more expensive router.

> Read more on the Archer C7 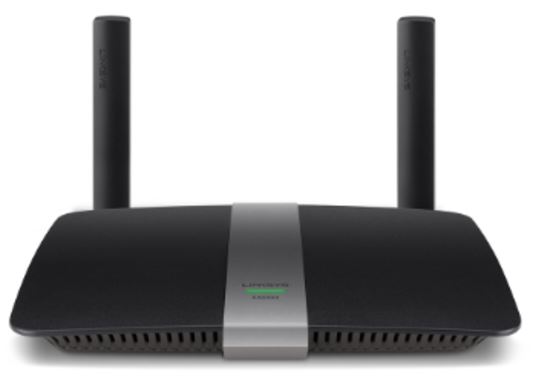 The Linksys EA6350 is another router that is really packed with features despite its relatively low price point.

Like the TP-Link router above, it uses the wireless AC standard to ensure that movie streams and network file transfers will be faster than on wireless N routers. It is also dual band so you can ensure that devices that need the fastest possible uncongested connection can get it.

It has Linksys’ intuitive Smart Wi-fi software that gives you real access to your network. It allows advanced monitoring features such as blocking certain devices from the internet/specific websites and also creating password protected networks for guests.

As well as wireless, it has a lot of other connectivity options including 4 Gigabit Ethernet ports and USB 3.0. This means you shouldn’t have any problem connecting wired only devices to your network. For example, you could connect a hard disk and share the files on it or connect device like a printer or scanner.

This router will allow you do most tasks associated with a wireless network including streaming media, playing games, and it should easily be able to handle multiple users being connected at the same time.

All in all, another really impressive budget router. 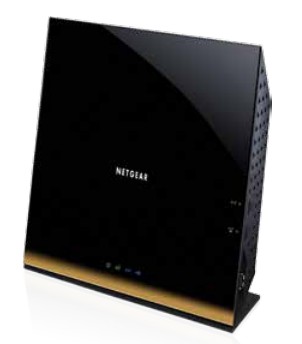 The Netgear R6300v2 has a feature set and price point that puts it directly against the Linksys and TP-Link routers above.

It uses the wireless AC standard, is dual band and can even boast of a dual core 800MHz processor with 256MB of RAM. Netgear claim that this will allow a massive 12 (or more) devices to connect over wifi to its network.

This router also takes wired connectivity one step further as it has 2 USB ports (one USB 3.0, one USB 2.0) and the standard 4 Gigabit Ethernet ports.

It even adds the ability to use Beamforming to its feature list. This could result in a faster, more reliable connection throughout your home by focusing your wifi signal straight to your device.

It also comes with Netgear’s inhouse software, Netgear Genie, which can also be used as an app on Android on iPhone. This will allow you to effectively manage your network. This router more than competes with the others on this list. 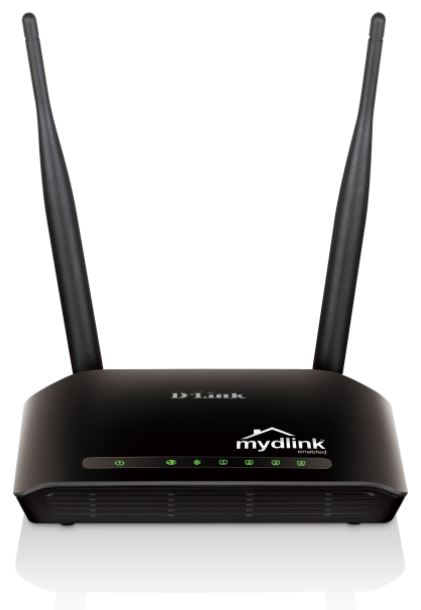 The D-Link DIR-605L is a less expensive router than the ones we have looked at so far. While this means it doesn’t quite have the same feature set as the ones above, for those just looking to save a few pennies, it could be worth a look at.

It uses the wireless N standard although also has Ethernet for when you need a bit of a speed boost over your network or a more consistent connection.

It allows network management through the free D-Link smartphone app meaning you can ensure that none of your precious bandwidth is going to waste. Finally, it has two external antennas to help ensure that your wifi signal is spread throughout your home.

While this router has pretty much no advanced features, if you are just looking for a budget way to get a wireless network set up, the D-Link DIR-650L could be the router for you. 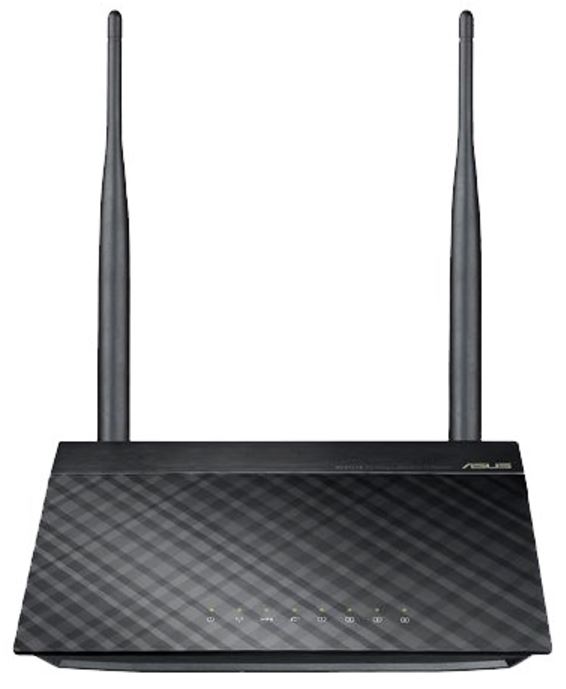 The Asus RT-N12 is a super-budget option from Asus. It has mainly basic features although these, including wireless N, two external antennas, and Gigabit Ethernet

As well as this, this router can be used as an access point or a range extender, meaning that if you are just looking to increase the range of an existing network, this could be a router worth looking at.

It also has 4 Ethernet ports which gives you the option of making a wired connection to your network. It also has a fairly good looking black design that disguises the fact that it is such a well-priced router.

Like the D-Link DIR-650L, the Asus RT-N12 is a budget router that will probably be good enough if you are simply looking for a way to get a wireless network going without any of the extra features found on some of the more expensive routers.

The Arris Surfboard SBG6400 is just that device and it combines a DOCSIS 3.0 cable modem with 8 download channels with a Wireless N router. As well as this, the router contains 2 Gigabit Ethernet ports and one USB 2.0 port.

While the router is fairly basic, considering the fact that it comes with a modem for such a low price means that anyone looking to replace a modem and a router, and save a lot of ISP rental fees, could do far worse than choosing this product. 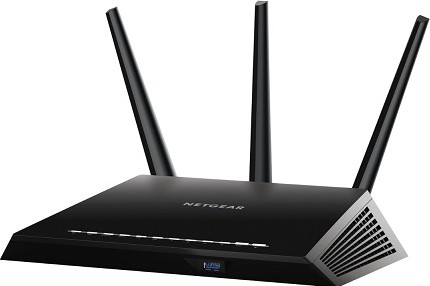 If you have been looking at the routers on this list and are still to find one that really has all the features you are after, then perhaps it could be a good idea to go to a slightly higher price point. If this is the case, then you could do far worse than the Netgear Nighthawk R7000.

This router comes with almost all the features you could possibly want from a router including wireless AC, dual band technology, a 1 GHz dual core processor, dynamic QoS, USB 3.0, and Beamforming.

It is perfect for people who do a lot of streaming over the network and it shouldn’t have any problems with having multiple people gaming at the same time. The 1GHz processor means that it should be able to deal with networks that get a lot of use and connections.

The high-powered antennas and support for Beamforming also mean that you should get an improved signal throughout your network.

This is a great router that you should definitely consider if you need some more advanced features in your wireless network and if your home network is more heavily used.

If you want a wireless router (that doesn't burn a huge hole in your pocket) then you could do far worse than check out some of the routers on this list.

While the less expensive ones, like the Asus, are very basic and won’t allow for much more than simple wireless connectivity, the slightly more expensive ones will give you a few more options for your wireless network.

Any router with wireless AC and dual band functionality is, realistically, going to be good enough for many people as it will allow everything from fast internet speeds to file transfers across your network.

If you have a little more cash to spend, consider the Nighthawk R7000.

Hopefully, if you were looking for a budget wireless router you will have found some good ideas on this list. Please let us know in the comments section if you have any questions.